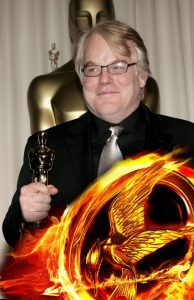 As of 2013, 7.1 billion people were reportedly using the internet, up from 6.5 billion in 2005 (Wikipedia). Despite all the information and activity online, it’s still tough to find information on coping with success and negotiating the kind of stress that comes with being a leader who is looked to for advice. Sadly, Actor Philip Seymour Hoffman sought answers and relief through a drug addiction which led to his demise on February 2nd, 2014. Drug addiction, gambling and a variety of other addictions have become the fallback for many successful people, ultimately unhinging their achievements. A leader in his industry, Hoffman’s difficulty in handling success is relative to many industry leaders. If you’re a retail manager, an executive, or any form of leader in an organization or field, you likely are becoming familiar with a whole new set of challenges in everyday life. So, after achieving that big goal: sitting in the executive office, hitting the best-seller list or getting that promotion you’ve been working toward. What’s next?

You feel stressed?
You feel unworthy?
You feel fake?
You feel overwhelmed?
You feel like you can’t handle success?
Success feels empty?

There are great tips on dealing with stress and how to improve job performance. But the first step toward coping with success starts on the inside. Big achievements in life are an honor, and can be handled with grace. As with any other aspect of living, it goes best when taken one day at the time.

This Blog has been featured by the West Orange Chamber of Commerce. Sources such as HLN have also been home to publications by Dr. Farnaz Namin-Hedayati and she has been cited by the Orlando Business Journal.