Within the music industry, some might argue that Bono’s political and philanthropic campaigning might hurt his rock star image and be bad for business. But we think Bono is great for business, in any field. We could talk about his popularity or his band, U2. We could talk about his music which has infiltrated modern culture, leaving lyrics like “with or without you” and “in the name of love” dancing through the minds of millions. We could critique his humanity and short-comings. Or we could take a moment to stop and recognize what lies beneath the surface that makes Bono successful as a leader. And Bono’s leadership is well worth examining, so that’s what today is about. However, his leadership qualities aren’t going to be spelled out in an X, Y and Z format. Rather, today, his leadership qualities will be examined in a lyrical format. Below is an adapted homage to U2’s With or Without You song. Each of the two stanzas below portrays a Bono leadership quality (for you to guess), which will be explained and summarized below. 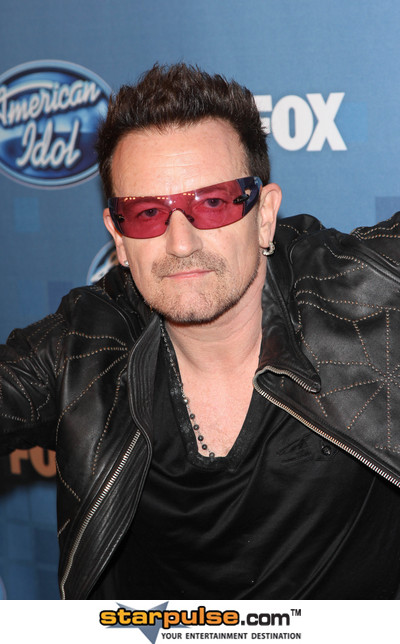 See the pain speak through their eyes
See the hunger taking lives
I fight for you
Change the world, it’s not too late
Only delay’s how long I wait
I won’t wait to help you

The answer is empathy

It’s no secret that Bono’s reach has extended beyond being a rock star and into philanthropy. Over the last twenty years he’s launched campaigns, become politically active and infiltrated the business world through avenues like his The Good News on Poverty TedTalk segment in an effort to end extreme poverty. Most recently, Bono ignited a focus on companies demanding full disclosure. He said “Some of the criminals around here are not wearing ski masks, they are wearing skis” (The Guardian).  This is yet another battle he fights to push back against poverty by exposing companies who take resources from natives and leave them without a cent of the profit. His ability to understand and genuinely feel for people in poverty is an aspect of his strong emotional intelligence.

The answer is courage

Every stage performer has courage. How else would they sing or talk in front of people they don’t know? And of course, leaders must be able to speak to others and overcome stage fright. But on a deeper level, leaders must also have the sort of courage that enables them to make tough decisions. In order to stand for what’s right; sometimes a leader might risk their job. They may have to make a decision that will hurt people, but prevent hurting a larger amount of people in the future. Or like Bono, they may even risk their own lives. A FOX Business news article describes that during a 1980’s U2 campaign for the observance of Martin Luther King, Jr. Day in America, Bono received a death threat not to sing Pride (In the Name of Love), which is a song about Martin Luther King. Bono did it anyway. He had courage.

Bono’s leadership qualities don’t stop there, but include family value which helps him attain work life balance, commendable public speaking skills and more. Leaders today have ample opportunities to formulate vision, live according to their values and be brave in the face of opposition. As is the case with Bono, the key is to recognize that living out these qualities starts with day to day decisions. For example Bono’s compassion starts with his friends, like when he helped his band mate Adam overcome drug addiction. Having true empathy for the people close to him enables him to branch out and empathize with the hungry in Africa. According to the example set by Bono, a good motto for an impactful leader might be “live bravely and live with vision.”