In today’s evolving society, fewer spouses are staying home. Hard-working achievers with busy schedules and high pressure positions comprise many relationships. But what happens when women earn more than their male counter-part? Recent SNL host Lady Gaga, for example, would likely rake in a hefty paycheck, which might be daunting for a competitive spouse.

While Noer’s advice seems crass, his citations are based on legitimate studies.  In fact, a Washington Post article cites a 2013 study conducted by the American Psychological Association which also found that women’s success does often damage her partner’s ego. 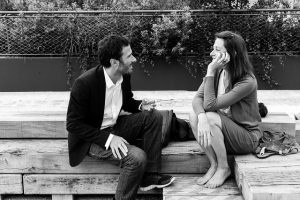 Although Noer got his ingredients (the studies) correct, he botched the recipe (telling men not to marry career women). Not all men want to be the breadwinner, and vice versa. Executive woman, Angela Ahrendts, Apple’s newest Retail Chief, happily pursues her career while her husband happily takes care of the house and kids. On the other hand, plenty of relationships are successful when both spouses pursue careers, even when the woman earns more. In 2012, one Huffington Post article Celebrity Female Breadwinners: Women Who Earn More Than Their Men, listed a number of happy couples in which the female earns more. Among them were Beyonce and Jay-Z, Anne Hathaway and Adam Shulman and more. Couples like these along with many across the country prove that a power couple lifestyle doesn’t automatically equate to competitiveness, disputes or divorce.

What’s the secret to happiness for relationships with two top performers? Every couple is unique. However, there are some universal pointers that can’t hurt to utilize.

Not only do studies reveal many men feel less adequate if their careers are less successful than their spouse, but Clinical Psychologist, Jill Weber, explains this is often subconscious. Because they don’t realize the source of their frustration, they’re likely to lash out or distance themselves. Wives do well to be aware of this and emotionally intelligent during interactions to help detect this issue. But whether it’s a conscious feeling or not, men should make an effort to not let the competitiveness drive into their marriage. It’s not a competition, it’s a team. Women can help men avoid these feelings as well by stressing their value. Telling a spouse you are lucky to have them and describing why their wonderful is always important, top performers, or not. 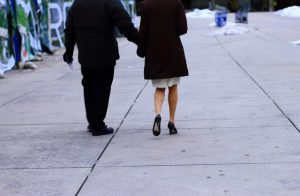