Center for Work Life has a monthly theme that interlaces through our publications and media content. This month’s theme is conflict resolution in emotional intelligence, which brings us to Donald Trump. We all know Trump isn’t known for flattery or empathy; conflict resolution and emotional intelligence are opposites of his skill set. He has even said “when somebody challenges you, fight back. Be brutal, be tough.” He’s almost the real life version of Disney’s beloved Donald Duck, who carries a similar demeanor. 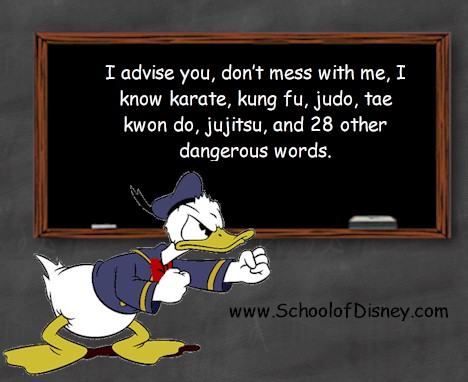 Though his abilities to cut to the point and communicate clearly are strengths, there are certainly qualities that could improve Trump’s style. These qualities are of value for anyone in leadership and management.

Trump has a knack for making a scene and getting attention. But he seems to fall flat when it comes to relating to others. So if his goal is to make the headlines, he’s set. But if he wants to truly lead others, mastering emotional intelligence is vital. Leadership is not just about reaching personal goals; it involves guiding others to reach their goals as well. This can only be achieved through genuinely understanding the emotions of others in order to understand what motivates them.

Trump isn’t the only business professional to miss the true heart of conflict resolution. In fact, while Trump is particularly far off the mark, he is just one of the majority in the business world that sees only two possible results of solving conflict, which are compromise or one side wins. But an effective conflict resolution process can actually result in collaboration, which is a win-win situation. Leaders who discover this truth are far more effective, because they garner respect.

Trump said this when he dropped out of the presidential election race in 2012 “I maintain the strong conviction that if I were to run, I would be able to win the primary, and ultimately, the general election” (Forbes). This is just one example of Trump’s verbal confidence that is not backed by actions. In the article Donald Trump: A Man With An Inferiority Complex, Forbes contributor Steven Berglas suggests Trump’s continual self-congratulatory comments are actually behavioral signs of angst, inferiority and insecurity. Leaders must be confident in order for others to respect them, and ironically, confidence is often shown through a humble attitude. Self-boasting only suggests distasteful pride or masked insecurities. 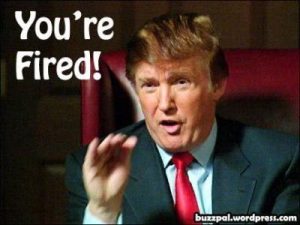 For more surprising facts about Donald Trump and insight into secrets about conflict, check out this recent broadcast: