Golf is a sport of skill and precision, but also a game of psychology. Those characteristics make the sport not that different from the world of networking. Arnold Palmer who won four of the seven Masters between 1958 and 1964. Tiger Woods and many more legendary golfers did not earn their status by luck. It was methodical hard work and consistent training that enabled their victories. Training not so unlike that which would be needed for an All-star Networker. So if you’ve been looking for some direction in your networking endeavors, you’ve come to the right spot. Just like Adam Scott hit five straight birdies in the PGA Championship, if you follow the steps below, you’ll be hitting your networking straight into the hole. 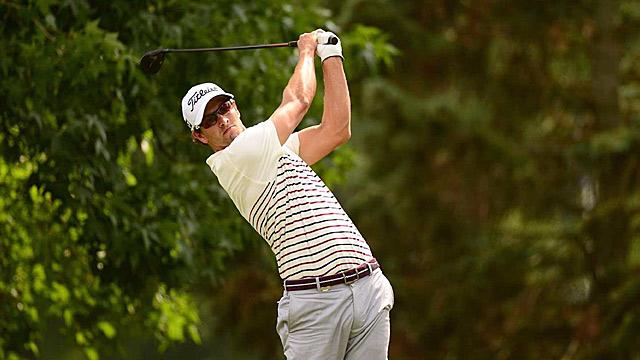 If you aren’t leaving the office or active in social media, you aren’t meeting people. If you’re not meeting people, obviously you’re not networking. As suggested in our Networking with the Power of Emotional Intelligence workshop, a good networker predicts the goal of the audience, and services their needs. According to the 6 Tips on How to Get the Most out of Business Networking, take advantage of opportunities like joining your local Chamber of Commerce. Be where you can, when you can, but be strategic about it. Your time and money are valuable, so make sure your investing in attending events where you’re likely to meet your target market. 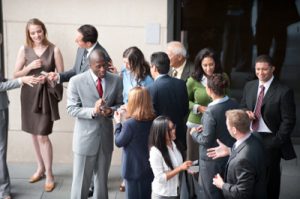 2. Stay one step ahead

This encompasses more than just active planning for attending events. Decide on the best lingo ahead of time. Try to also arrive early at events, as the environment is a bit less hectic before “the games begin.” People will still be arriving and will not yet have formed groups. Take the opportunity to introduce yourself and scope out candidates for more in depth conversation.

3. Put on your friendly gloves

Being friendly is about much more than just shaking someone’s hand and saying hello. While that’s a great start, there is more to it. Think about friendly people you know. They likely have soft body languages and engaging hand gestures. If you’re not confident in your non-verbal communication skills, it is an important skill you will need to develop. Beyond all that, practice making conversation with people you don’t know, everywhere you go. Be friendly with the cashier. Ask questions to get them talking. Genuinely listen and be receptive to other people’s struggles.

You’ve heard it before, but it can’t be said enough: be prepared wherever you go. Consider your appearance. How many golfers do you know that show up for a tournament wearing torn jeans and a tank top? The answer should be none. A clean, professional ensemble is part of the networking gig. This shouldn’t just be reserved for special events, but everywhere you go. In the same line of thinking, you should have your business cards handy. You just never know who you’ll meet. In addition, if you’re attending a networking event, take some brochures. You can never be too prepared.

5. Don’t leave the game on the course

That’s right; you’ve got to think the reverse of an athletic mind set. You’re not going up against competitors, fighting for a championship and headed home until next year. You are looking to start a relationship with people. Before you arrive at events, set clear goals for why you are there and what you hope to gain from each conversation, and what you hope to provide.  The more people you meet, the better, but you have to get to know them well, and use their business cards to stay in touch after the event. It would be great if those people become clients, but more importantly you are building professional connections. Take the initiative and follow up.

Tiger Woods didn’t master golf over night, so remember this is a training guide. Practice and determination will yield progress. You know the steps and you’re ready to shoot your birdies! All that’s left is to grip the club and swing.