Government Shutdown on the Ant Hill

Like ants scattered and desperate in response to the disruption of their long-standing, carefully constructed ant hill, America and the world has already felt the impact of the government shutdown. It is terrible for the fragile economy. Businesses and individuals across the country are left asking: how will the shut-down effect all of us? It’s difficult to say how this conflict will shake out. However, history and educated projections can suggest likely repercussions until agreements can be reached. 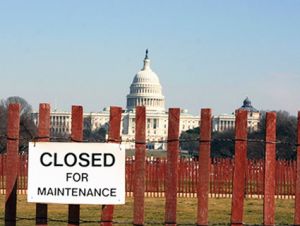 Potential Impacts of the Government Shutdown 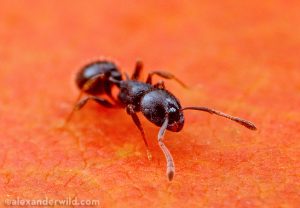 These are scary numbers and disheartening projections. Even with the potential consequences listed out, the question still remains: where do we go from here? The realistic answer: it’s time to be Temnothorax Ants. Their behavior is admirable and certainly worth emulation. Ask Nature explains “A single leader teaches one follower the route to important resources such as sources of food or better nest sites.” Like the Temothorax Ants, each person has an opportunity to offer encouragement, support and guidance to neighbors who need it. Until the tampering of the ant hill stops, American citizens have an opportunity to come together and support each other; to prove the ants will carry on bravely. 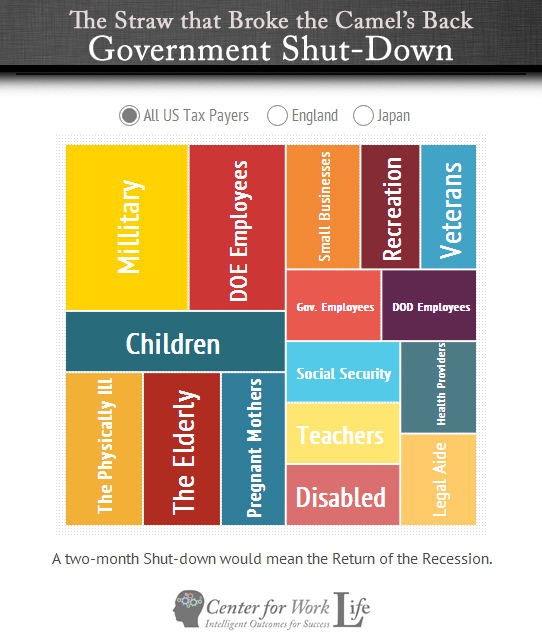 Center for Work Life’s Blog has been featured by the West Orange Chamber of Commerce. Trusted sources such as HLN have also been home to publications by Dr. Farnaz Namin-Hedayati and she has been cited by the Orlando Business Journal.