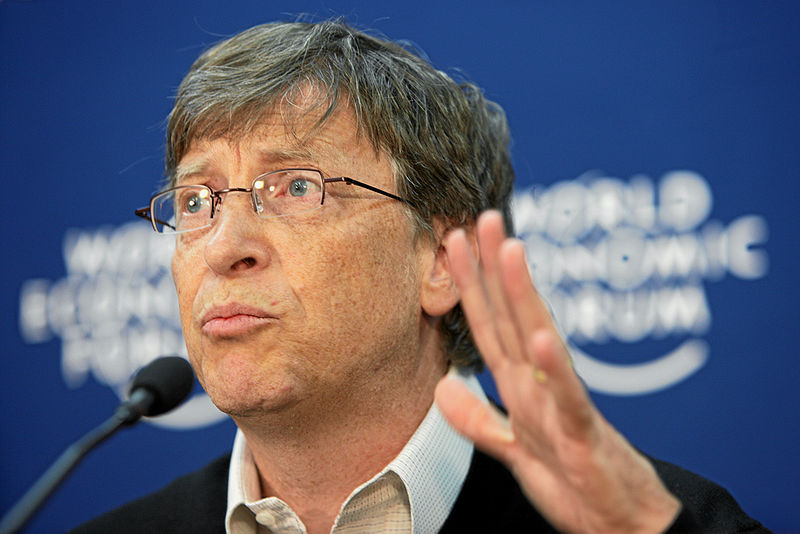 In the same way that every truly worthy recipe has a couple of key ingredients that make it unique and amazing, leaders also tend to have key qualities that enable them to shine. Such is the case for Bill Gates. Along with Paul Allen, Bill Gates founded what is now one of the most successful companies in the world, Microsoft. He frequents Forbes Top 100 lists, recently ranking as the richest person in America. In fact, he previously appeared on the World’s Billionaires list by Forbes for 12 consecutive years (CNN). In addition, he’s the recipient of numerous awards including the National Medal of Technology and Innovation, Mary Woodard Lasker Award for Public Service, Distinguished Fellow of the British Computer Society, Bower Award for Business Leadership and more. He’s also become known for his significant role as a philanthropist. Nobody could deny that Gates has had a significant impact on the world, and that he is someone worth emulating. Below are some leadership qualities of Bill Gates.

After landing billionaire lists several times, it would be easy for Gates to become prideful or think he knows it all. But he’s not that way. In fact, a recent Forbes article highlighted his efforts to improve on his communication and public speaking skills (Forbes). Gates is also known for his wisdom in seeking council from others. He often speaks of how much he has learned from Warren Buffett. Gates once commented that Buffett has a “brilliant way of looking at the world” (BBC). Like a sponge, Gates tries to soak in lessons learned from his mentor in order to become a better leader.

Without a doubt, Bill Gates is a man with vision. It was vision that inspired him to pursue the creation of a graphical interface that became Microsoft software. Looking back to his interviews about the development of Microsoft, Gates says he always knew he wanted to have more than a single product. The company wanted to hire in more software people and develop a full product line. From the beginning, he recognized potential for growth and opportunity. His ability to envision goals also reaches into his philanthropic pursuits. It can be seen in the malaria project he is now pursuing at the Bill & Melinda Gates Foundation. The goal is to eradicate malaria, and he’s laid out a strategy to get from A to B. His abilities to envision and strategize make it easy for others to follow him.

It would be hard to talk about the life of Bill Gates and not discuss philanthropy and humanitarianism. Along with Warren Buffet, Bill and Melinda Gates were the founders of the giving pledge, a pledge taken by some of the world’s wealthiest people to give the majority of their wealth to philanthropic causes or charitable organizations.  Gates once said “I hope you will reflect on what you’ve done with your talent and energy. I hope you will judge yourselves not on your professional accomplishments alone, but also on how well you work to address the world’s deepest inequities, on how well you treat people a world away who have nothing in common with you but their humanity” (Bloomberg Businessweek). This is the kind of caring and empathy that causes people to stand behind a leader. He is the type of person who isn’t working toward his own goal of personal gain; he is working to help others grow. This is a key quality that successful leaders often embody.

Anyone who wants to inspire or lead can do so. The key is to not lose key qualities like a humble attitude, vision, or empathy in the process. Great leaders like Bill Gates are successful in staying grounded which enables success. His qualities and achievements set a great example for rising leaders.