Named on Fortune’s World’s 50 Greatest Leaders list, Tim Cook offers a less common but highly effective leadership style in the modern business world. What makes his style unique? His focus on operations, lack of interest in the limelight and humility. He is the kind of leader who uses his IQLA Lifetime Achievement Award acceptance speech to remind the world of the importance of equality.  Despite being the highest paid CEO, Cook seems to be down to Earth and focused on reaching important goals. He is the kind of leader who cares. Among many of his traits, two notable qualities help him stand out from the crowd and lead successfully. 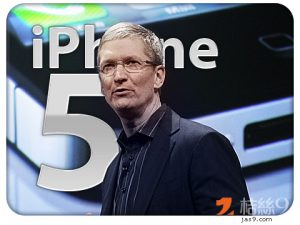 Among his other qualities, one of Tim Cook’s strengths is the value he places on effective collaboration. “You look for people who appreciate different points of view. People who care enough that they have an idea at 11 at night and they want to call and talk to you about it. Because they’re so excited about it, they want to push the idea further. And that they believe that somebody can help them push the idea another step instead of them doing everything themselves.” he said in an interview (Business Insider).

Tim Cook repeatedly shows his humble nature through both words and actions. He places value on humility in others, which he explained in an interview “You look for people that are not political. People that are not bureaucrats. People that can privately celebrate the achievement, but not care if their name that is in the one in the lights. There are greater reasons to do things” (Business Insider). He’s also willing to admit his imperfection as well as Apple’s imperfections. In 2012, when his former Software Executive, Scott Forstall, wouldn’t sign an apology for the flawed map software in the IPhone 5, Cook signed the apology instead. He took responsibility and acknowledged the problem (Washington Post). This is an unfaltering trend in his attitude, which inspires people to follow him because it strengthens trust.

Cook once said “To whom much is given, much is expected. I do believe this. It’s embedded in me” (Brainy Quote). Leaders who adopt a similar level of humility and responsibility can do great things.