Management Monday: How is the male sex struggling to manage work life balance?

From high-school vampires to over-the-top soap operas, television often misses the mark on portraying realistic situations. Once in a while though, realistic situations featuring relatable characters come across the screen. Tom Scavo, a character from Desperate Housewives, was one such character. Trying to carve out his role as a man between providing financially and being a caretaker for his family was a struggle that hit home for many men as they watched the show. From working, to staying at home while his wife worked, to working again, this man’s work life balance dilemma became evident and talked about.

Despite the tribulations of Tom Scavo and other characters like him portrayed in the media, the resolve for the issue of work life balance for fathers has been slow to emerge in everyday conversations. Many people still don’t consider the challenges faced by working fathers as important or even a valid argument. Authors such as Grant Cardone in his book Sell or Be Sold claim that “when you want to be good at what you do, there is no such thing as work life balance”.  Our reply:  balance is in the eye of the beholder, if one doesn’t feel overwhelmed and in the case of a family man, if his family doesn’t feel maladjusted, then there already is balance. We are talking about Being the Best You.  Have doubts, here is a quick survey.  The first question to ask is, do you feel you need it?  Then if the answer is yes, do you feel it’s feasible for you?

Overall, aside from feasibility, similar to women, men also face challenges in the pursuit of balancing work and life.  Here are examples:

1. Viewed as feminine.
Evolving from stead-fast traditions is not easy. Though perspectives are slowly changing, the role of men has been to provide and protect for generations. The New York Times article The Unspoken Stigma of Workplace Flexibility mentions that men who are seeking to spend more time with their families are often seen as feminine. These men are perceived as deviating from their traditional gender role as bread-winners. Everyone knows it isn’t easy to deviate from the norm and lead the pack.

2. Punishment.
Unfortunately, working fathers are just as likely to face workplace gender discrimination as women, if not more likely. Men are more likely to be penalized when taking time off after the birth of a child. This also decreases their chances for promotions and raises, according to The Unspoken Stigma of Workplace Flexibility. 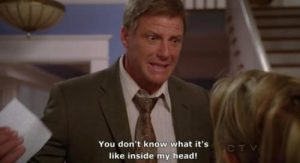 3. Lack of recognition.
Because work life balance is so prevalently talked about as a woman’s issue, men have taken a back seat. Digital Correspondent and father, Corey Dade, states on NPR’s Dad’s Weigh in On Work-Life Balance “I know, personally and just in the workplace in previous places where I worked, there is an unspoken expectation that you’re expected to keep your same level of performance at work, that – you know, that it would be the woman colleague who has children who is going to be first to maybe not work as late after hours, maybe not take as many work trips, maybe be the one who wants more flexible hours working from home. “

4. Lack of Guidance.
Like women have been trying to shape the balance of devoted mother and engaged employee, men are also struggling to manage their merging roles and become “working fathers.” In the midst of this transition, men are also writing the rules as they go, because they have no role models to emulate. Two and three generations ago, fathers were spending a third as much time with their children.

The myth is busted; the work world is beginning to acknowledge that work life balance is not just an issue for the female sex. The conversation of work-life balance for men is at its roots, but no doubt beginning to bloom. Tom Scavo won’t be the last character dealing with this on the screen and many men are dealing with this in real life every day. The best advice for these working fathers is to stick together and hang in there. Remember not to lose yourself in the mix of it all.