Maybe she’s born with it, or maybe it’s….

You know that co-worker down the hall, that gets to the office ten minutes early every day? They work overtime and are always reliable in getting the job done? Or maybe that sounds just like you. Then there is the co-worker that is never there when needed. They throw out the most undeveloped answers to office issues. They go on about their business without consideration for how their actions don’t make a bit of sense socially, or otherwise. Conscientiousness is a personality trait that categorizes individuals as being organized and hard-working as opposed to spontaneous and more impulsive. 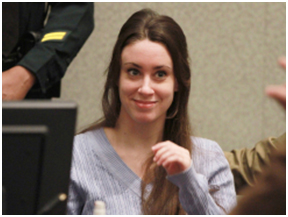 Parents of children, leaders of organizations, and leaders of society struggle with this dilemma all the time.  If someone is not accountable, were they born that way, or is that a result of others not holding them accountable? Can others teach accountability if the person is not willing to learn? If you’re still having difficulties picturing or seeing the importance of the relationship, consider the case of Casey Anthony. Though she was acquitted of killing her two year old daughter, she continues to plummet further into problems. This recent CBS report summarizes that she is now unemployed, living with approximately $800,000 of debt, and filing bankruptcy. The assumption would be the Anthony does not have a shred of consciousness. 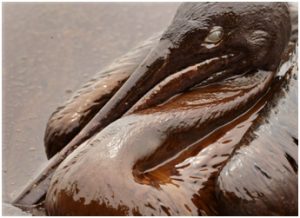 Groups of individuals, making up Organizations also could fall at the far end of the consciousness spectrum. Take BP’s unforgettable oil spill in 2010. Everyone shutters to think about what kind of damage may have been prevented had the company not been cutting costs correlating to safety before the crisis. Based on previous oil spill incidents in history, the company knew the risks. This terrible accident injured seventeen people, and killed eleven individuals. The economic devastation to parts of the country was undeniable. Let’s not forget the environmental losses suffered. It took a good ten days before BP finally took responsibility for the accident. Clearly organizations just like people can lack accountability and conscientiousness.

So again, when it comes to accountability, are we talking nature or nurture? Many theorize that personality traits like conscientiousness are something each person is born with. They say people naturally have the motivation to develop good character traits. Others would argue that accountability, responsibility and conscientiousness are teachable behaviors, and can be programmed given the right circumstances. So where do you stand? If someone or some group tend to make the wrong choices over and over again, how much support is too much?   Establishing the role of authority in all relationships would need first to answer this question to be able to be functional, say what it means and mean what it says!