While we think of ourselves as the most advanced mammals in the world, it stands to reason that at times we would be wise to take notes from our furry friends. It can be comical to step back and consider what people can learn from animals, but also a growth opportunity specifically as it applies to the world of working: 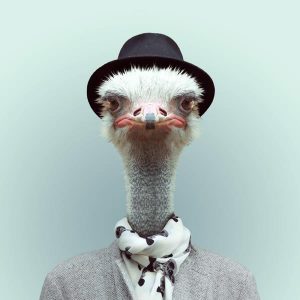 1. Assist to grow and co-exist

Teamwork is seen in lion prides, wolf packs, elephant herds, ant colonies and many more species. One of the most intriguing examples of animal teamwork is reported by Science Daily’s Chimps and Teamwork: Scientists find origins of Teamwork in our nearest relative, the Chimpanzee. Warwick Business School conducted trials which found that chimps not only coordinate actions with each other, but also understand the need to help a peer perform a task.

Ironically, this can be a skill lost in the workplace. Under the stress of daily assignments, sometimes not only do we forget to help each other, we stand in each other’s way. However, chimpanzees manage to lend a helping hand, even when their very survival is at stake. If a chimp can understand the core of teamwork functionality, than surely there is hope for the workforce.

2. Formality – the enemy of Loyalty

Those of us with cats, dogs or other pets see loyalty every day. One Reader’s Digest article mentions a touching story from Lise Sentell. On an afternoon horseback ride halfway through her pregnancy, her horse Ruby fell in a pond. Ruby was kicking to get up, but Lise screamed for her to stop so she could dismount and move to safety. Ruby stopped kicking immediately. Lise says Ruby is always very protective of the family. Another account shared on MNN tells of a dog who would meet his owner at the train station every day after work. One day the owner suffered a stroke at work and passed, but the dog not only continued returning to the train station that day, he went back to at appointed 4:00pm time every day for ten years.

The larger the organization gets, the more formal the chain of command gets.  And as a result, the harder it becomes for the team culture to persist.  On the other hand, the recession has done no favors for loyalty in the workplace. While a recent Bureau of Labor Statistics news release showed there was little change in overall job separations since the last report, the data did show a rise in employee’s quitting their position. In today’s economic climate, the average person switches jobs ten to fifteen times. Sometimes a career change is reasonable and necessary. That being said, many workers these days are proving themselves flaky and disloyal. Some would blame this kind of transformation on the baby-boomer generation, while others acknowledge a cultural shift. Whatever the root of the issue, it isn’t a good thing. While employees could stand to use a reboot in the leadership department, organizations could also work on meeting employee needs through organizational development. Collin Powell’s words are worth noting, “Success is the result of perfection, hard work, learning from failure, loyalty and persistence.”

In What Ants Can Teach the Enterprise about Teamwork, Mark Horton says “For nature’s teams, mission matters most.” The statement is so obvious and yet intriguing. Packs of wolves, schools of fish, and of course colonies of ants all have one goal which is to survive. Every member of the team focuses on that one goal, no matter what the hurdle or the difficulty of the instant or day.

Every day, Americans are bombarded with loads of new information. Evolving technology has only magnified the delivery of this information. Employees face the workplace challenges along with day to day difficulties in their personal life. Recent cut backs in the U.S. economy and healthcare reform have created a havoc in the workplace in layoffs and employee moral.  In the midst of it all, teams struggle to hold on to their purpose and value their organization’s mission. It is now more important than ever to instill what it means to be a team and what it means to value a collective vision and goal. Team building is one very effective way to accomplish this goal.  Creating opportunities to combat uncertainty and redefine that single purpose and identity can be a great confidence boost for a successful team.

Many species within the animal kingdom have been a successful bunch because they have strategically designed their path. Though they may not have our evolving technology or millions of apps to build high rises, travel space or coal mine, animals have become specialists at two very important parts of life, working and living.