The birth of Prince William and Kate’s baby has brought about many discussions on the topic of succession. Although, succession is something the British monarchy has down to an art, by contrast, most companies haven’t even wet the canvas.  This may be partially due to the fact that leaders unlike princes and princesses are not born but rather developed through a very delicate and timely training system.  But first, the question has to be asked, have you yet realized the importance of succession planning? After all, what’s the fuss? If you are good, someone will notice and its history after that right?  Wrong.  The average tenure for employees is now 4.6 years according to the Labor Department, which means even if an employee works hard, they have a very small window of opportunity to get that promotion.  Their circumstances, company’s circumstances, or the market economics dictate their fate; with uncertainty, being the key denominator.

So here’s why one must worry about Succession Planning

* The British instances of royal succession are prime examples concerning the benefits of planning in avoiding chaos and demise of the Monarchy. This speaks highly to its strength.

* Having leaders prepared for their roles maintains cohesiveness and success for organizational development.

* Because employees within organizations with strong succession earn the taste of success, they maintain a more positive work culture and have less employee turnover.

* In their book, Built to Last: Successful Habits of Visionary Companies, Jim Collins and Jerry Porras found that strong focus on succession planning and leadership were key to the long-term success of visionary organizations. The organizations Collins and Porras evaluated develop, promote and carefully select managerial talent.

How to jumpstart the process of Succession Planning

* Identify key critical needs and positions within your company.

* Decide what skills individuals filling those roles will need.

* While considering successors, make emotional intelligence a top factor in evaluation, it’s hard to come by, but it’s a key ingredient in team and organization effectiveness.

* Evolve your requirements and standards as needed. Just as Parliament recently modernized the rules of royal succession so that a female is no longer behind all her brothers in order of succession, businesses must sometimes re-evaluate succession standards.

* Stay realistic and be patient during the process.

Most companies understand the importance of succession planning, but simply need help in mastering the succession process. Other organizations believe they don’t have time to prioritize succession development, which is a mistake. There are external resources specialized in selecting and nurturing leaders that offer their services to organizations.

So, can you name your “Royal Babies” who are in line for leadership? If not, your company has work to do. 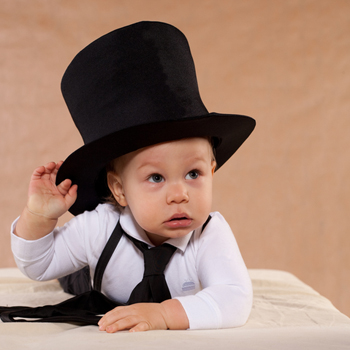