Many employees suffer from drowsiness and lack of sleep at work. However, not many employees realize that age, sex and race can influence sleeping patterns.

Here’s what you probably didn’t know about sleep: 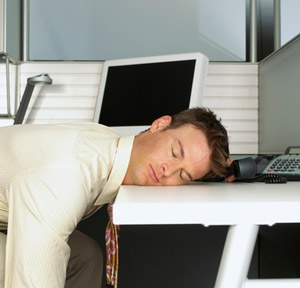 Ted stumbled into the office at 8:00am on Monday morning looking pretty rough. He just finished the first task of the day which typically takes him twenty minutes, to discover it took him an hour. That was just the start of his sluggish day. By the time the day was out, he had delivered incorrect papers to a co-worker, stapled his thumb (ouch!) and spelled his own name wrong.

This scenario sounds a little exaggerated, because it isn’t real. Still, it may be reminiscent of how you feel on a daily basis. Lack of sleep can lead to performance issues, headaches, and all sorts of mood-killer problems. James Mass, a former Cornell University psychologist, makes a good statement with this comparison “if we treated machinery like we treat the human body, there would be breakdowns all the time.” Despite age, sex or race statistics, if self-discipline can be mastered, this kind of grogginess can be prevented.

Sleep Tips for the Achiever:

1. Establish a routine
This has been said a million times, but it holds true. Our bodies and minds thrive well on familiarity. In the Journal of Community Health Nursing, Julie E. Johnson mentions the benefits of not only going to bed and waking up at a consistent time, but also performing certain rituals for an hour before bed. Reading a book, or watching a television show every night before hitting the hay could do wonders.

2. Be aware of your eating habits
Don’t get in bed stuffed to the brink, or hungry. Both will keep you up due to discomfort and/or thoughts of hunger. Try not to drink within in two hours before bed time in order to prevent mid-night trips to the bathroom. Also, remember to try a restroom stop within an hour before sleeping.

3. Prepare for the next day
The blessing of an active imagination and proactive thinking, can sometimes be a curse. Help yourself avoid stressful thoughts about getting everything done in the morning, by getting to some of those preparations before bed. Can you prepare lunch ahead of time? Lay out your clothing selection for the next day, etc..

4. Exercise for better sleep
How to Fall Asleep, published by Discovery Fit and Health explains that exercise improves sleep, but in particular, cardiovascular activity in the late afternoon is highly recommended. This activity heightens your metabolism, allowing your temperature to fall just before bed, which is a trigger for sleeping.

5. Practice Time and Stress Management
You’ve got a busy schedule, a hectic life and just a lot on your plate, so it can be hard to find work life balance in the tangle. This hectic scenario easily leads to stress, which plagues your thoughts and in turn robs your body of needed rest. If you’ve seen and attempted to utilize stress management advice in the past, than seeking professional work life balance coaching may be the answer.

In some cases, if you’ve utilized expert advice and are still struggling to sleep, you may need to visit your doctor. The likelier situation is that you can combat your sleep troubles with some self-control and the tips above. You’ve got the tools to make it happen, so go have yourself a good night’s rest.